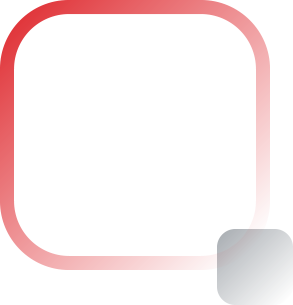 Graduates of San Diego Mesa College’s bachelor’s degree program in Health Information Management celebrate at commencement ceremonies. The program is one of 15 in California that operate as part of a state pilot program that is set to expire in 2026.

Assembly Bill 927, sponsored by Chair of the Committee on Higher Education Jose Medina (D-Riverside), would eliminate the 2026 sunset date on existing baccalaureate pilot programs in workforce fields where there is high demand and unmet need and allow for the number of such programs to grow throughout the state. Nearly identical legislation, SB 874, was introduced last year by now termed-out state Senator Jerry Hill (D-San Mateo), but was set aside when the lawmakers were forced to focus solely on matters pertaining to the COVID-19 pandemic and resulting budget crisis. Last year’s legislation earned widespread support in the legislature and was backed by the Academic Senate for California Community Colleges.

“This legislation is essential for California’s future, as it will allow all community colleges to prepare students for good-paying, in-demand jobs requiring baccalaureate-level education,” said San Diego Community College District Chancellor Constance M. Carroll.  She added, “These programs do not duplicate any programs offered by California’s public universities and they are high-quality, low-cost, and locally-accessible. We are grateful to Assemblyman Medina for his vision and leadership.”

California’s community college baccalaureate program has been a success since Governor Jerry Brown in 2014 signed Senate Bill 850, enabling 15 colleges to offer bachelor’s degrees in specific workforce fields. The pilot program initially was set to end in 2023, but later legislation, sponsored by Senator Hill, that was signed into law extended the program’s sunset date to July of 2026. A key provision is that community college programs do not duplicate programs offered by California’s public universities, the University of California and the California State University systems.

“I am pleased to continue the legislature’s efforts to expand opportunities to students at the California Community Colleges,” said Assemblymember Medina. “AB 927 will extend and make permanent California’s successful baccalaureate pilot programs. By allowing community colleges to offer baccalaureate degrees, we will fill the burgeoning skills gap and provide opportunities for workforce development to underserved communities.”

California is projected soon to see a shortage of up to 1.1 million bachelor’s degree holders needed to sustain the state’s economy. Many point to programs such as the community college baccalaureate as proven and cost-effective ways of helping the state meet workforce demand.

A Legislative Analyst Office study released in 2020 revealed strong support for the pilot program from both students and employers: more than half of students enrolled in a baccalaureate program say they would not have pursued a bachelor’s degree had their community college not offered one; graduation rates among those in the community college baccalaureate program were higher than graduation rates among those transferring from a California community college to the California State University campus; and more than nine in 10 students wanted the program to continue.

Approximately 60% of students in the baccalaureate program come from communities of color and students are paying less than $11,000 in tuition and fees for their four-year degrees, a fraction of what it would cost them at private institutions or public colleges and universities. On average, students who graduated in 2018 were earning a salary $28,000 higher than their salary prior to enrolling in their bachelor’s degree program.