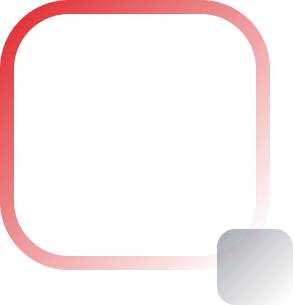 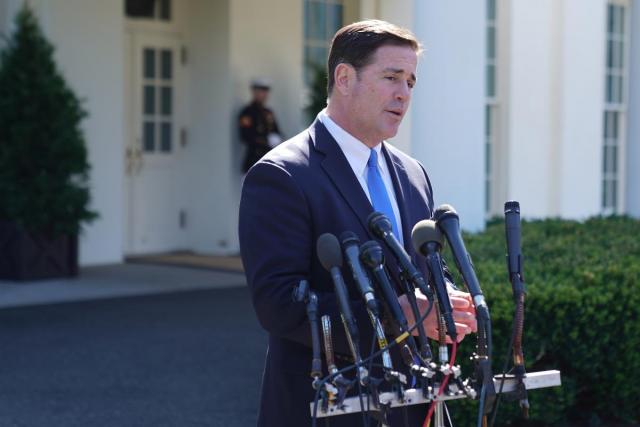 Arizona has now become the 24th state in the country to allow community colleges to offer bachelor’s degrees. Governor Doug Ducey signed legislation this week that permits the colleges to have baccalaureate programs and join the growing national movement of two-year institutions offering four-year degrees.

The move was applauded by community college leaders and other proponents who have long advocated for such programs. State lawmakers also supported the measure by a wide margin, with the Arizona Senate voting 24 to 6 to adopt it.

“Community college is about access,” said Steven R. Gonzales, interim chancellor of the Maricopa Community College District. “To suddenly say that everyone has an opportunity to pursue a four-year baccalaureate through an open-door institution should be something that should celebrated across our state, across our country.”

Advocates of community college baccalaureate programs have argued for years that low-income and nontraditional college students, such as older students, those who have children or those who are the first in their families to attend college, are more likely to get bachelor’s degrees if they don’t need to switch to a more expensive four-year university to do so.

“They’re at the community college, they’re comfortable. They know where the library is, they know their student advisers, they know the financial aid people, they’re familiar with the faculty, the classes are smaller,” said Angela Kersenbrock, president of the Community College Baccalaureate Association. “Why force them to move to another institution?”

“Arizona’s community colleges play a critical role in supporting students of all ages and equipping our workforce with skills and resources,” Ducey said in a statement about signing the legislation. “Arizona is a school choice state, and today’s action is school choice for higher education.”

Community college leaders hailed the legislation as an opportunity to give students more affordable, local options for a four-year degree geared toward high-demand jobs in the state.

Lisa Rhine, president of Yavapai College in central Arizona, praised the legislation as expanding access to bachelor’s degrees across the state.

“Allowing community colleges like Yavapai College to offer four-year degrees will save students money, draw more students to our school and build up our workforce,” Rhine said in a press release.

Maricopa Community College District, which encompasses 10 colleges in central Arizona, actively supported the legislation and is considering offering baccalaureate programs in areas such as police and fire science, information technology, respiratory therapy, and teacher education at a low cost to students.

Not everyone is on board with the new law or the wider national movement to allow more community colleges to offer bachelor’s degree programs. Public university systems in particular have argued that it undermines existing partnerships between two-year and four-year institutions and diminishes the traditional role of public universities.

“There is little evidence to support the need for a substantial change in Arizona’s higher education structure,” Larry Penley, chairman of the Arizona Board of Regents, said in a May 3 letter to the governor.

The Arizona Board of Regents — representing the University of Arizona, Arizona State University and Northern Arizona University — remains opposed to the state legislation because it ultimately does not include a provision “requiring collaboration” with the universities in determining the types of baccalaureate programs community colleges can offer, said Sarah Harper, a spokesperson for the board. Public universities have no veto power. Harper did not make a member of the Board of Regents available for comment.

The legislation requires the price of baccalaureate-level courses at community colleges to be no more than 150 percent higher than courses for two-year degree programs in order to keep the price down. For the first four years, community colleges in Pima and Maricopa Counties, which have populations of more than 750,000 people, can’t offer more than 5 percent of their degrees at a baccalaureate level. After that initial period, the threshold moves to 10 percent.

These “guardrails” reflect “negotiations that took place with universities as this bill made it through the legislative process,” Gonzales said. Even if public universities aren’t absolutely on board with the legislation, “at least we were at the table getting some language that seemed to meet both of our interests.”

Maricopa community colleges cap tuition costs at $1,020 per semester for current two-year programs so, at most, the colleges could charge a little over $3,000 a semester for baccalaureate degree programs.

Even if Maricopa community colleges charged the maximum amount for upper-level classes, “we would be able to deliver a degree at a fraction of the cost, probably somewhere between 25 and 50 percent, of what it would cost to go to university,” said Gonzales. “With students leaving higher education with mounds of student debt, this would be an opportunity to have access to high-quality, affordable [education] and hopefully leave community college with little to no debt and a bachelor’s degree in hand.”

“We’re as strapped as any other community college when it comes to funding, so we want to be able to do this with existing resources as much as possible,” he said.

While some states have allowed community college baccalaureate programs since the early 1990s, there’s been a “spurt” of interest in the institutions offering four-year degrees in the last few years, said Kersenbrock, of the Community College Baccalaureate Association. She noted that in 2018, six more states voted to allow community colleges to develop baccalaureate programs. She expects to see more states follow Arizona’s lead as the economic downturn caused by the pandemic continues and lawmakers look for ways to train more students to fill local labor market needs and embark on “family-sustaining” career paths with higher salaries.

Michael Crow, president of Arizona State University, expressed enthusiasm for the legislation in an interview with The State Press. He emphasized the need for continued collaboration between universities and community colleges.

“We are in a rapidly evolving economy where all institutions of higher education are going to need to greatly enhance their production of highly skilled workers,” he said in a written statement. “All of Arizona’s higher education institutions will need to work together to enhance the production of world class college graduates. We are looking forward to partnering with Arizona community colleges to enhance Arizona’s competitiveness.”

Rita Cheng, president of Northern Arizona University, similarly responded to the legislation with a reminder that public universities and community colleges traditionally work together.

“NAU has provided statewide programs in partnership with community colleges for over 30 years to meet workforce and community needs,” she said in a written statement. “We will continue to be a statewide university committed to student access and as has been identified by several Arizona community colleges, we look forward to a strategic higher education plan to meet certificate, associate, bachelors and graduate level workforce needs comprehensively.”

Lee Lambert, chancellor of Pima Community College, while supportive of the bill, said he saw no immediate need to offer four-year degrees. The college has “very strong” relationships with the state’s public universities, and those institutions are responsive to the demands of the college’s local labor market, he said.

“I like to always start with our partners and see if together with our partners we can meet the needs, and then only if that doesn’t result in meeting the need, then we would come back and decide what we can do to meet that need,” he said.

Gonzales said community college baccalaureate degrees are designed to “complement” the offerings of state universities, not compete with them. For example, hospitals increasingly require respiratory therapists have bachelor’s degrees, but no university in the state offers a four-year program, he said. And while universities offer teacher education, they aren’t graduating enough students to meet demand, so offering those degrees won’t encroach on public universities’ offerings.

In California, similar worries emerged about increased competition when the state started a pilot program in 2014 that allowed 15 community colleges to offer one baccalaureate degree program. Constance Carroll, chancellor of the San Diego Community College District, said those concerns were ultimately “not well founded.” She’s advocating for legislation that would make the pilot program permanent in the state.

San Diego Mesa College, which is part of the district, offers a health information management baccalaureate program. About 85 percent of the program’s alumni got jobs within three months of graduating, with an average salary increase of $25,000, she said.

“The students who enroll in these programs are students who most likely would not have attended a four-year baccalaureate program,” Bragg said. “And many times when they talk about their decisions, they really didn’t consider moving away or attending a university, so I think a lot of the worries about competition have really not proven to be a major obstacle or a major problem in states where we do see baccalaureates conferred by community colleges.”

Data from community college baccalaureate programs in Florida and Washington State, for example, show that the average student pursuing a bachelor’s in community college is in their early 30s. They’re more often first-generation students, low-income students, student parents and students of color, and they tend to be already working full-time and seeking to advance toward higher roles in their desired career paths.

Bragg said the goal of community college baccalaureate degrees isn’t to prevent students from transferring but to serve the students who want to transfer but never make it through the process.

“It’s those students that we’re worried about,” Bragg said. “I don’t think it’s that students go to college and their big dream is to transfer. They go to college and their dream is a baccalaureate degree. Transfer is the hurdle that we create to get the baccalaureate, and unfortunately we do that to the students that have the least resources and are often the least prepared to make those transitions in their college-going experience.”

Stacy Klippenstein, president of Mohave Community College, said his institution didn’t take a formal stance on the legislation. If local employers or students point to a need for baccalaureate degrees from his college, the college has the capacity and he’ll consider it, but for now, he plans to continue focusing on associate degrees and certificates.

Nonetheless, the bill did make him believe the state recognized the value of community colleges and the broader role they could play in workforce development during the pandemic.

“They recognize that we could have the ability to offer some four-year degrees to help fill that demand, and we can do it well, as we have been doing in the two-year sector,” Klippenstein said. At the same time, “they recognize that community colleges will still do their best to partner with our three major universities in the state. It’s not like we’re trying to build a divide. We’re actually trying to better build a bridge.”